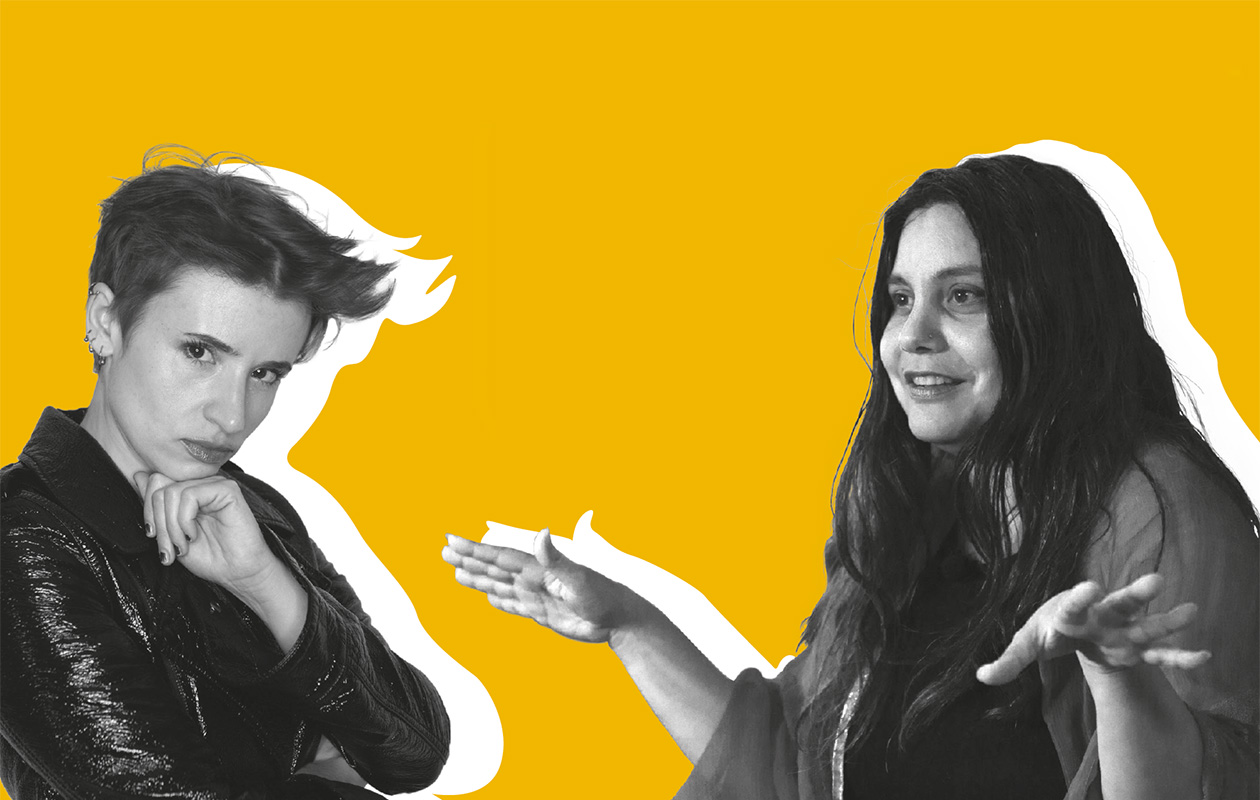 Laurie Penny is back! Returning to the FFT after a four-year hiatus, she will also bring her new book. Back then, Corona was just a beer brand, Trump had only recently become President, #metoo was still ahead of us, and Brexit had not yet been executed. Early March will see the simultaneous release of Sexual Revolution. Modern Fascism and the Feminist Fightback in both English and German versions.

In the book, Laurie Penny captivatingly and fiercely writes about sex and power, trauma and resistance, about democracy in crisis, about white masculinity in crisis and the rearguard battles of those afraid to lose power. Instead, she demands a culture of consent that far transcends sex: Found also in employment, in systems of political representation, as well as in a general connection with one another, we have to reach a logic of continually renegotiated consent to heal individual and collective trauma and prevent any future one.

Actress and singer Katrin von Chamier will read excerpts from the German edition of the book. The conversation between Laurie Penny and the author and cultural scientist Mithu Sanyal will take place in English.

Consent is the opposite of authoritarianism. Transforming a culture of coercion into a culture of consent can reshape what it means to be human. And that’s what this revolution is about. If men and women and everyone else of every gender can move through this trauma together, can build something like justice together, then we might actually have a shot at a bright future – for all of us, this time. Coming to terms with the intimate and structural violence of the past is the only way we will survive one another long enough to make it to that future. In the century to come, only one of two things will survive: the fragile self- conception and comfort of white masculinity, or human society as we would like to know it. There is everything to fight for.
Laurie Penny: Sexual Revolution. Modern Fascism and the Feminist Fightback

The 3G rule applies to all performances at the FFT – vaccinated, recovered or tested. Proof and official identification documents will be checked upon entering our premises. Children and adolescents up to and including 17 years of age are considered immunized. Pupils aged 18 and over are considered to be tested on presentation of a valid pupil*s identity card on the basis of the school tests.

Our ventilation system guarantees compliance with current air exchange regulations in all rooms.

The wearing of a medical mask (FFP2) is compulsory for the entire duration of the visit. The mask can be removed at fixed seating or standing places at and around the theater bar.

She’s the kind of writer who attracts (opinions): sometimes enraging, sometimes enchanting, often both at once. But she is never easy to shrug off. The Guardian

*Katrin von Chamier is a singer, voice-over artist and voice actress. Voice is Katrin von Chamier’s specialty: as a musician, studio speaker, voice actress and vocal coach for TV, dubbing, audio books and theater. In collaboration with visual artists she researches the role of voice as a link between the digital and the analog world. She lives in Düsseldorf and Berlin and is the founder of the „human voice studio“.