settingsaccept
as part of WEST OFF

west off is the qualifying platform for young artists from North Rhine-Westphalia, supported by the production houses Theater im Ballsaal Bonn, FFT Düsseldorf and studiobühneköln. This year west off will be supplemented by Saskia Rudat’s production from the international production platform Freischwimmen. äöü recently took part in the Favoriten Festival with their west off production Aus dem Innenleben eines Staubsaugerbeutels. 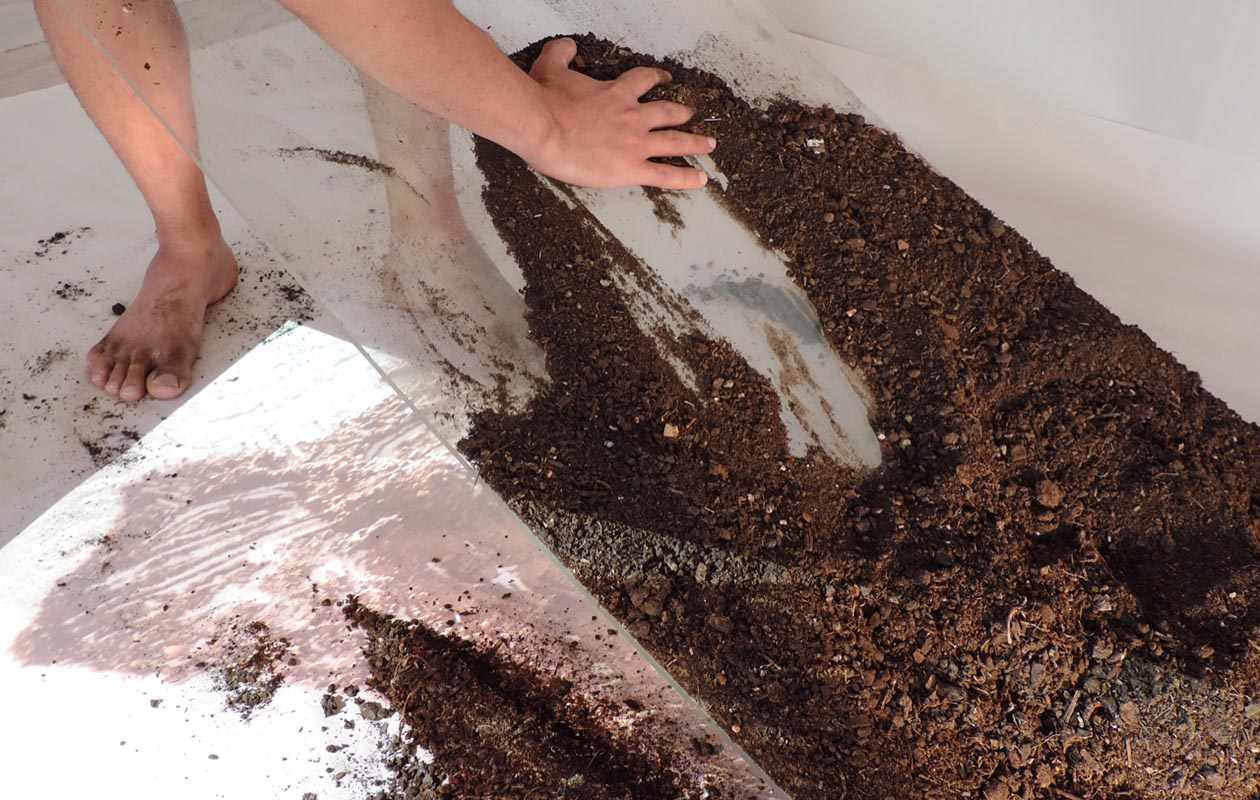 The Brazilian federal state Minas Gerais and the Ruhr Area are linked through mining – as a past, presence, and a future. While the former collieries and coking plants were declared cultural sites at the Ruhr Area, mining activities continue to devastate lives as well as areas.

Standing between two worlds, Gabriel Carneiro takes on the current and future situations of both regions in his performance and installation.

The ground – between the pit and the mortuary – poses the challenge to listen to one’s voice, to observe one’s movements and to perceive one’s existence. Stratum by stratum, Carneiro examines the relationship between humans and the soil, here as well as there, exposing layers and putting them on top of one another, in “Niemandes Boden – O chão de ninguém”.

Visitors are encouraged to add a layer to the ground by bringing soil in a vessel of their choosing – preferably with a label stating providence.

The installation will remain open to the public on January 21 and 21, following the performances on January 19 and 20. 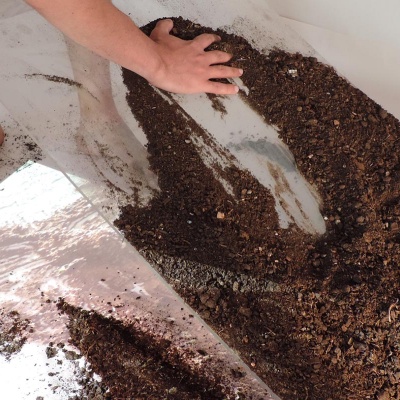 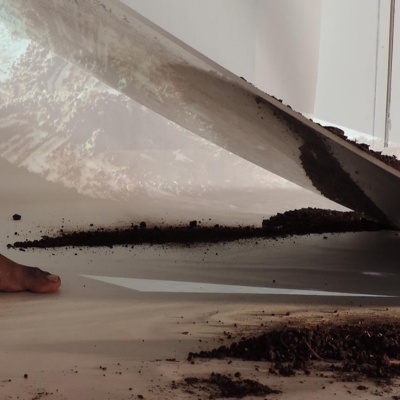