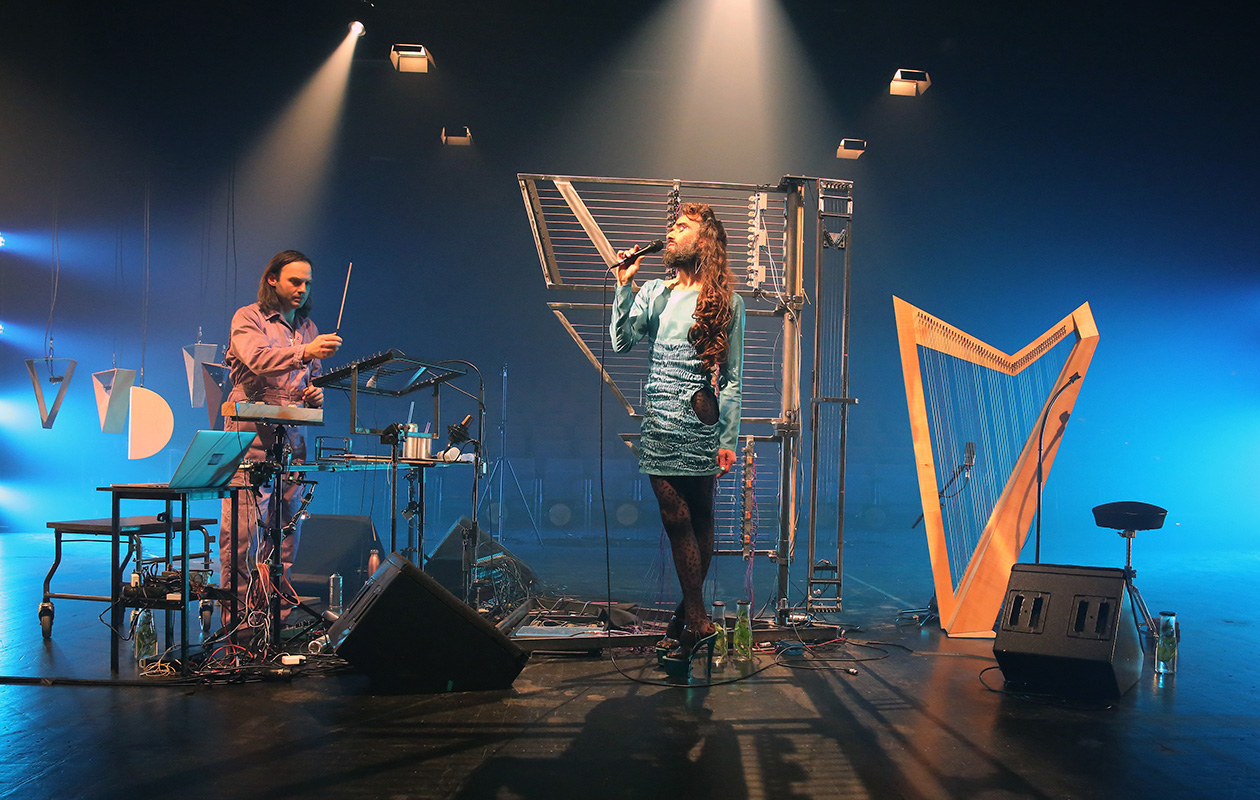 Hans Unstern maintains to be not one but rather many persons. This, of course, also extends to questions of gender. The most recent Unstern album was titled “The Great Hans Unstern Swindle” (2012), which dealt with showbiz in tried-and-true punk rock manner. About authenticity fallacies and the human predilection for larger-than-life lies.

Seven years have passed since this swindle. Seven years during which Hans Unstern, together with Simon Bauer, built third album DIVEN. Yes, ahead of composing and writing, there was building to be done. Constructing, sawing, screwing, tinkering, welding, grinding, soldering, and tightening. For they have built a special electro-acoustic harp for this album: The V-Harp. Named for the V in the middle of DIVEN. Around the harp, there are more self-constructed instruments and gadgets made from metal and wood, partially played with a bow, partially controlled via a MIDI interface. So, computer-controlled tines strike tin metal bodies, magnets vibrate harp strings, and combined, they play new Unstern songs.

In an age that saw engineers emulate and imitate any sound with the aid of software, Unstern and Bauer made an artistic move into the opposite direction. They took an instrument that is more than 5,000 years old and transformed it into the now. And yet DIVEN sounds ahead of its time. On the album, contrasexual love songs blend with agitprop tales from the underground workshop. Made for the big stage. Hans Unstern, in the lyrics, shimmers between modern fairy tales and discursive pamphlets.

Perhaps Hans Unstern wants to remind us, with his homemade harp instrumentation, that the building blocks of our society are much more ancient than fibre optic neo-liberalism. Maybe someone wanted to shed the clichéd image of the singer-songwriter at the piano or behind the guitar. Or the Unstern multitude has simply found the right instrument for themselves in the colourful catalogue of cultural history, with the V-Harp, through detours. 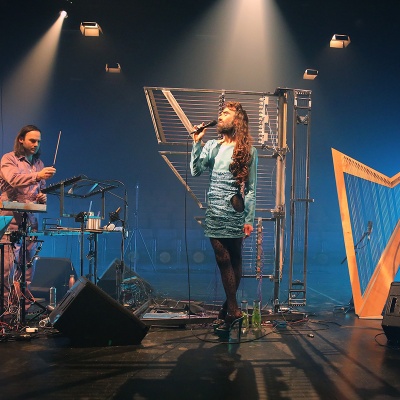 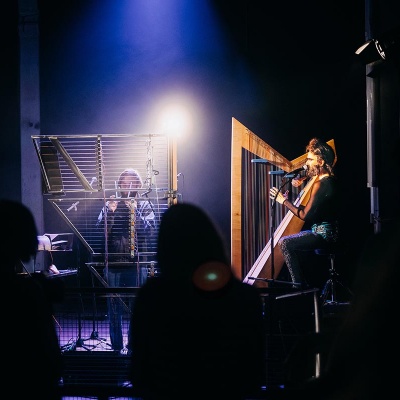 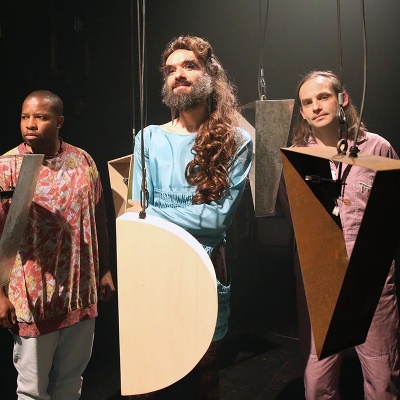 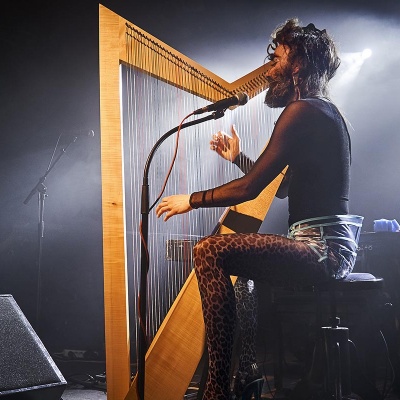 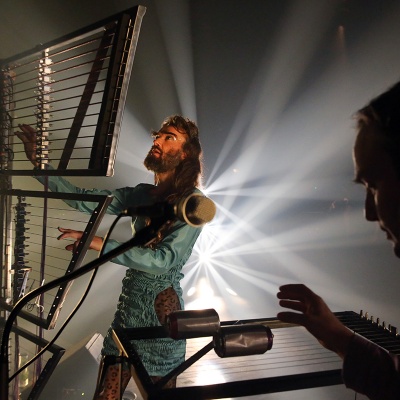 This week’s most beautiful lyric comes to us, without a question, courtesy of Hans Unstern, and it is to be found on the new album ‘Diven’: ‘I have no time to fall in love,’ it states in the song ‘Geldmoney’, ‘because I hartz [receive welfare payments].’ A fitting quote for a record that manages the accomplishment to tell effective tales about dictates and constraints, precisely because it refuses to bow to any dictates and constraints. Spex von Julian Dörr, April 2020

Creative, too, are the instruments utilised for Unstern’s first album in seven years. Together with Simon Bauer, Unstern built the bulky V-Harp, consisting in parts of wood, in parts of steel, and which is both plucked by hand as well as computer controlled. Building this harp would have been very effortful and one of the reasons why we had to wait so long for ‘Diven’. DLF-Kultur von Fabian Elsäßer, April 2020

Simon Bauer writes music and builds musical instruments. His work includes long-standing collaborations with the choreographers Reut Shemesh, Vincent Bozek and Overhead Project. He has been an integral part of the group Hans Unstern as a musician, composer and instrument maker since 2010. In addition to his compositional and constructive works, he is engaged in building processes as musical-performative and installative actions.

DIVEN was developed between 2015 and 2020, coproduced by HAU Hebbel am Ufer, supported by Musicboard Berlin, Senat Berlin