The Ghosts are Returning

In cooperation with Düsseldorf Festival! 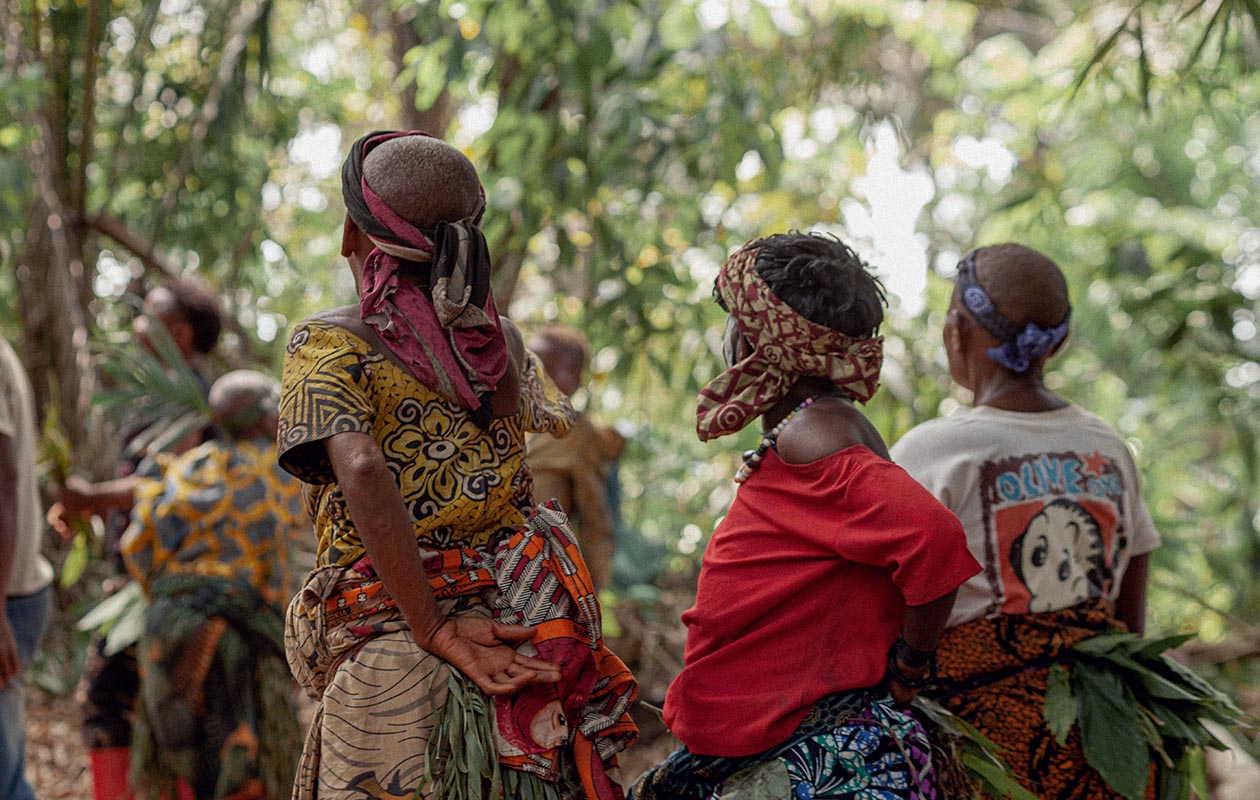 In The Ghosts Are Returning GROUP 50:50, a Congolese, Swiss, and German artists’ collective, tell the tale of seven “pygmy skeletons”, hauled to Geneva from the Congo by a Swiss physician in the 1950s. Unlike the cases of so many other African skeletons and skulls that lie in the archives of European museums by the thousands to this day, the names, their dates of death as well as their approximate origins are known. GROUP 50:50 journeys to the Congolese forests in search of their descendants, where the nomadic Mbuti people fall victim to illegal logging, are driven from their natural habitat while they simultaneously mount resistance. Do they want the skeletons, and with them, the ghosts of their ancestors, back? Though it is rarely discussed in restitutional debate, but: with the masks, skulls, and skeletons, the ghosts and spirits also return; they who had been stolen and locked away by colonial-era Europeans.

Together with the Mbuti, singing and dancing, they develop a ritual for the seven ghosts – in hopes that they might thus find peace. Musically, the production moves between the genres. It picks up laments from both classical music as well as from traditional Congolese music and explores the polyphonic chants of the Mbuti who, long before Europeans composed polyphonic requiems, conducted their funeral ceremonies with complex choir vocalisations. The creation will be a musical-scenic obsequie for the seven skeletons and their spirits, with a Mbuti choir entering into a dialogue with the musicians and performers on stage via video link. The multimedia music theatre piece will be produced by PODIUM Esslingen and the Centre d’Art Waza and will celebrate its premiere in Germany and Switzerland in autumn 2022 before being shown in the Congo at the beginning of 2023.

GROUP50:50 is an artists’ collective from the Congo, Switzerland, and Germany as well as a production structure based in Basel, Berlin, and Lubumbashi that realises and produces transnational artistic cooperation projects. GROUP 50:50 tells stories about historical and current economic and political interrelations between their countries, demanding the restitution of cultural heritage and reparation for colonial crimes and present-day human rights violations. They tackle the history of globalisation, of colonial rule over the African continent as well as neo-colonialist practices pertaining to the exploitation of humans and nature to gain raw materials. GROUP 50:50 reflects critically on their collaboration that has been impaired by historical economic inequality, cultural misunderstandings, and the fact that the means of production still come from Europe because African countries rarely dispose of budgets for culture.