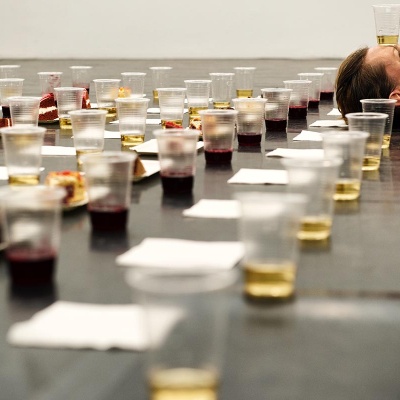 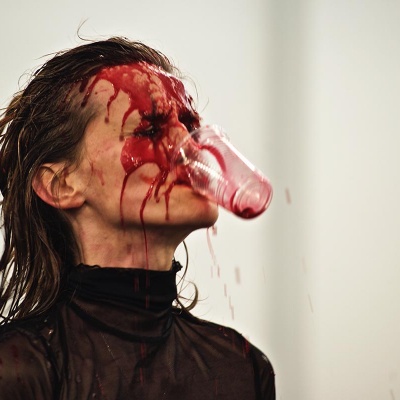 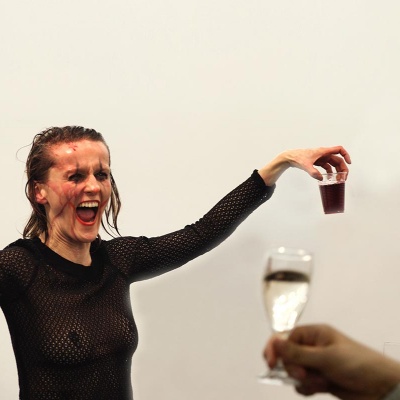 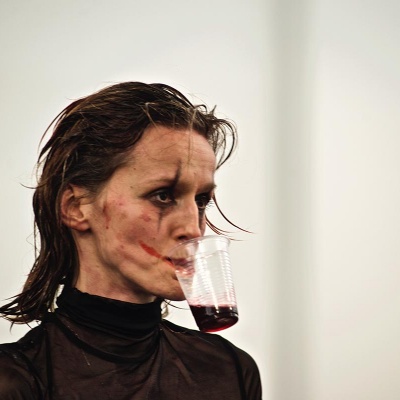 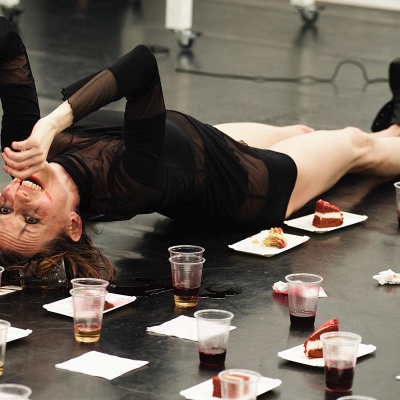 Participation in our events is only possible according to the 2G rule, fully vaccinated or recovered persons. Please show your proof of vaccination at the entrance/checkout.

Each toasts either makes the audience laugh either transforms laughter into silence. In the meantime the artist on the stage presents specific kind of inbred dance: she carefully walks among dozens of plastic cups displaced on the floor, repeatedly dressing up and undressing, making aerobatics with cups doing her best not to spill the wine or opposite, to spectacularly pour out the liquid on her body. By building contrast between her gestures and meaning of toasts she creates unusual performance, full of surprising twists. Gazeta Wyborcza, Monika Żmijewska