GLOBAL SWARMING – THE SCIENCE OF THE ANTZ 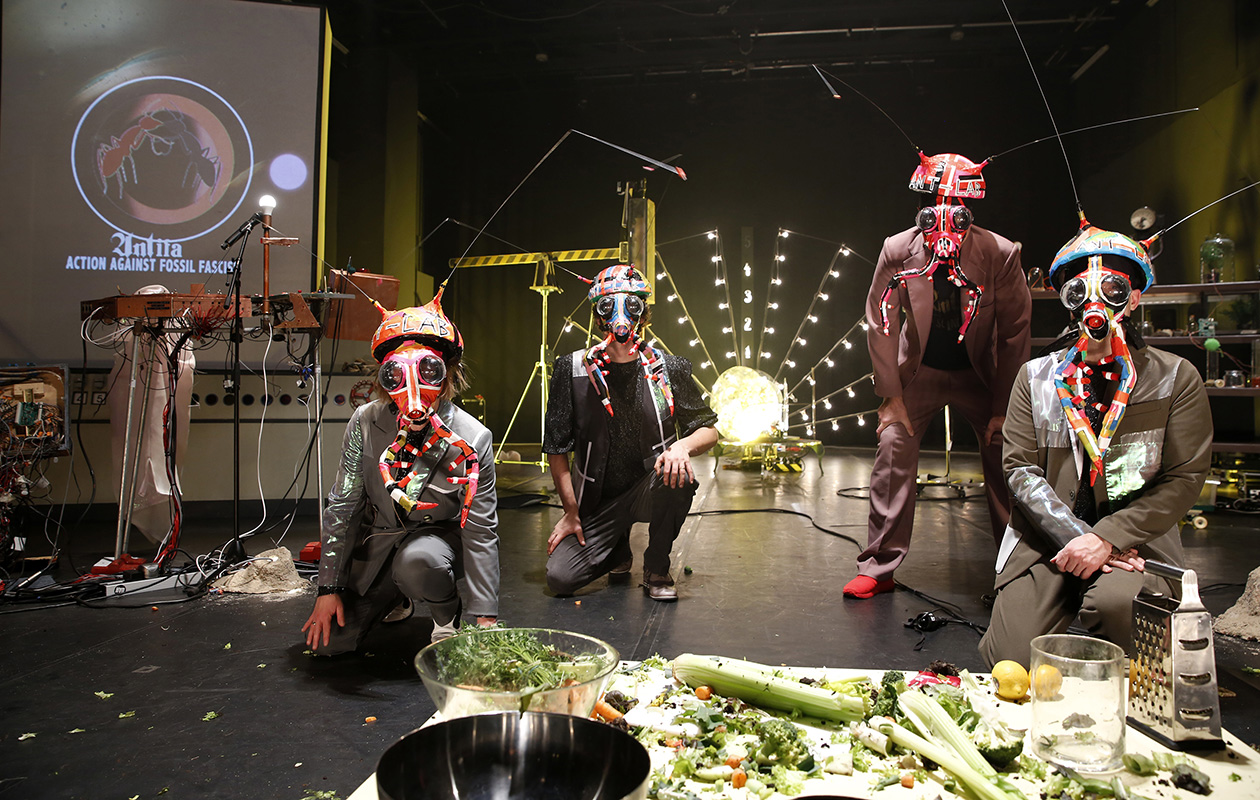 The ant is near! Berlin performance collective andcompany&Co. undergoes a transformation: Nicola Nord, Alexander Karschnia and Sascha Sulimma as well as their New York-based artist friend Noah Fischer enter the realm of the ants, thus becoming the ANTCOMPANY. What is so captivating, for them, about those little crawlers? Individually, they might be dumb, but together, they are marvelously smart – a super organism: a “secret world power”! If they do not rescue the climate and, in consequence, humanity, they will most likely succeed them as the planet’s dominant civilisation. Have algorithms not long since begun to turn human society into one enormous ant colony? Does this mark the transition into a hyperintelligence? While humans persist in a hurtling standstill, the insects become militant: Electro-ants provoke factory short circuits. High time to collaborate. Two species, one goal: CANCEL INDUSTRIAL CO2! ANTiFA ACTION AGAINST FOSSIL FASCISM! andcompany&Co. and Noah Fischer unleash a utopia of species-s 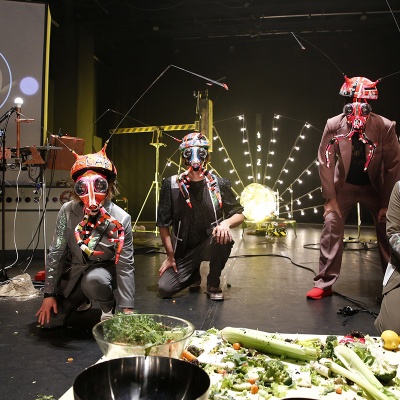 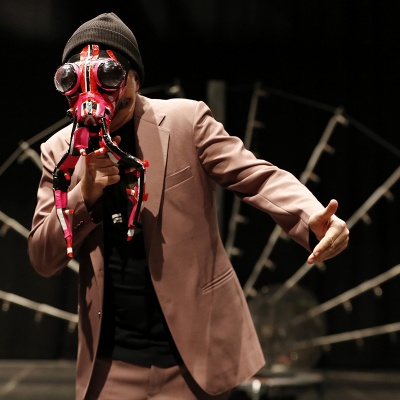 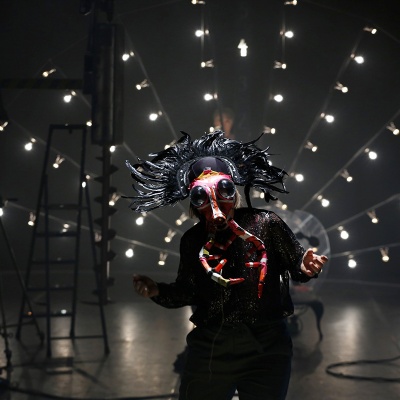 Production: andcompany&Co. Coproduction: HAU Hebbel am Ufer, Volksbühne am Rosa-Luxemburg-Platz, FFT. Supported by the Capital Cultural Fund (HKF) and the Berlin Senate Department for Culture and Europe. With support granted by the Federal Commissioner for Culture and Media as part of the Alliance of International Production Houses.